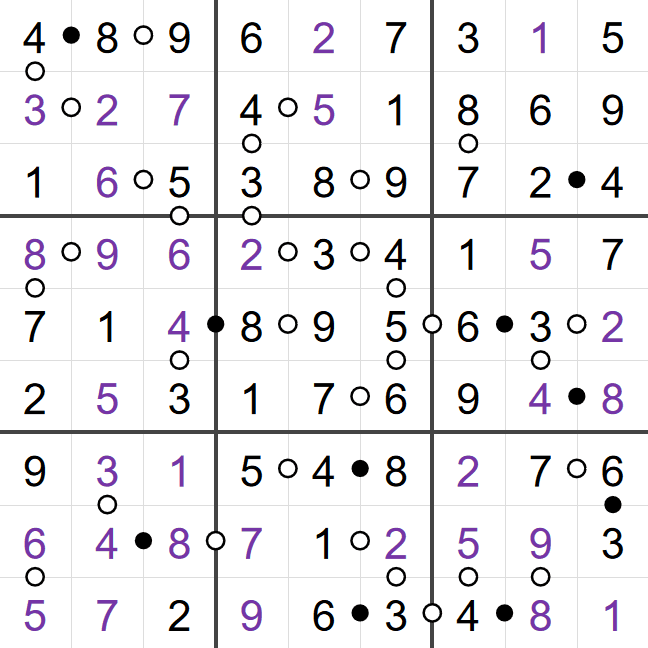 This is an example of a completed Kropki Sudoku. Kropki Sudoku puzzles take place on a standard 9x9 Sudoku grid, but there is a mixture of black and white dots between the cells to tell you about the relationship between the values in those cells, It's also important to note that if there isn't a dot between two cells, that means that they are neither consecutive or double the other, i.e. all dots are given. 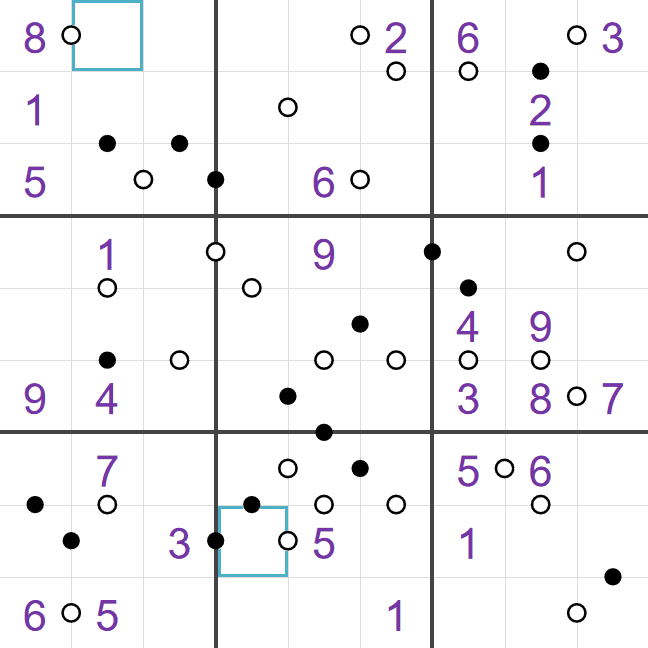